The Sea of Migrations

In October 3rd this year the global news reported on a catastrophe that happened just a few hundred meters in front of the coastline of the Italian island Lampedusa in the Mediterranean Sea. A ship of 545 refugees from the African countries Somalia and Eritrea capsized leaving around 390 people dead. The high number of casualties and the fact that the catastrophe happened close by the saving coast caused a huge media response and shed light on a long lasting and still unsolved problem for a short time. People in poorer countries or war zones in Africa or Asia see no other way than leaving their home, paying large amounts of money for a journey full of distress and entering non-seaworthy ships at the southern and eastern shores of the Mediterranean in an attempt to enter a country of the European Union in hope of a new, better life. From the approximately 22000 people who cross parts of the Mediterranean each year between 500 and 2000, according to estimations, pay the journey with their life. Human rights organizations see a correlation between the strict immigration policy of the European Union and the high death toll. It becomes more and more obvious that trying to shut the border in order to create a “Fortress Europe” is by no means a successful and human strategy to solve the problem of refugees who embark at the south and east Mediterranean shores.

The perception on the sea could not be more different between both, the refugees and the EU represented by the border control. For the latter the sea is a border area which needs to be monitored and unauthorized crossing has to be prevented. For many refugees the sea is the last stage of a long journey, an obstacle which needs to be overcome and a medium between their old and future life at the same time.

In human history rivers, straits and inland seas have served numerous times as boundaries but they also have functioned as routes of travel and commerce. They are media allowing a fast connection over far distances and between different cultures. In this sense the Mediterranean Sea was at times a connecting or – to cite a famous book title - a corrupting sea and throughout history it was affected by movements of individuals or large groups of people up to almost entire populations from one place to another. Sometimes the integration of the new arriving people in the area of destination would be smooth and without bigger problems in other cases the immigration caused war, repression and expulsion.

A look at the rich body of sources from ancient times, literal and archaeological, shows a variety of migration movements whereas legendary and real migrations can be distinguished. One of the episodes of a legendary migration is for instance the appearance of the Etruscans in middle Italy. Their preference of exotic goods from the east Mediterranean and the way they interred their deceased in mound covered grave chambers (fig. 1) let even ancient authors make guesses about their origin. In the fifth century BC the famous author Herodotus from Halicarnassus, also known as the father of historiography – at least for the western world -, reports that the inhabitants of the old kingdom of Lydia, located in the western part of Anatolia, suffered so severely of a drought that their king decided to emigrate with his people in order to find a new and better place for living. According to Herodotus this place was middle Italy and the migrated Lydians became the Etruscans. 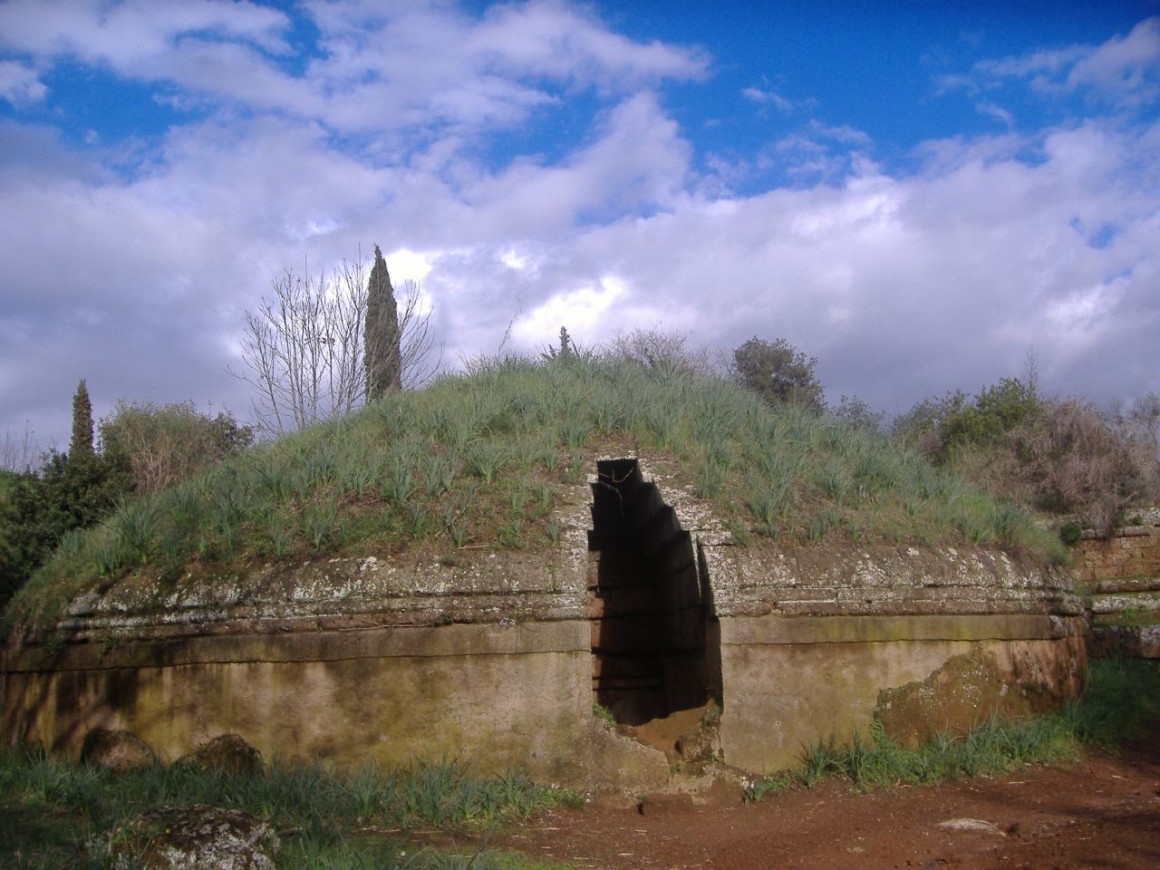 Fig. 1: An Etruscan tomb from Cerveteri (image by Luigi Guarino 2009). 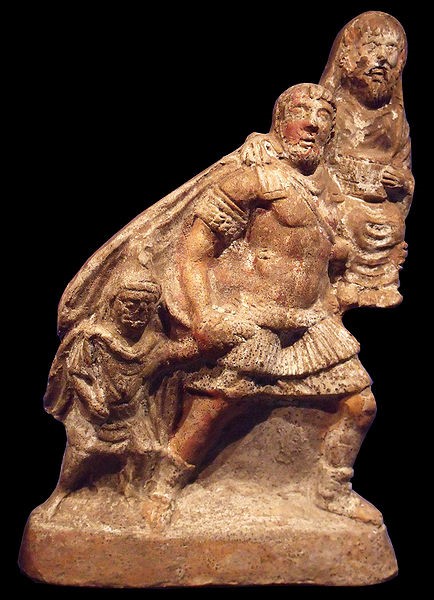 Another fabled migration to Italy is about Aeneas, the legendary progenitor of Roman people. He was a member of the nobility of the city of Troy and after the sacking of the city by the Greeks he fled with a small group, carrying his old father Anchises on his back (fig. 2). Aeneas is said to have travelled many places such as Delos, Crete and Carthage before he arrived on the western shore of the Italian peninsula where he became the ancestor of the Roman people. Even though both migration stories are considered by modern scholars to be literary inventions they clearly mark the main triggers for people up to modern times to leave their home: economical crisis and war.

Among the most famous and without any doubt historical migrations in the Mediterranean is the Greek colonization movement beginning in the eighth century BC. At that time several cities in Central Greece sent out ships with settlers to colonize areas in the Mediterranean and the Black Sea (fig. 3). The reasons for this movement are still under dispute. Overpopulation, droughts, commerce, expansion of spheres of influence and social factors have been frequently mentioned and discussed. Even the pure love of adventure has been given as an explanation. The ancient authors, though writing several centuries after the initial phase of the migration process, leave no doubt that before all economic problems and the shortage of available land was the main cause for the first settlers to start their journey into the outland. Therefore it seems to be obvious that, except for individual cases, no one went with a light heart on a ship and travelled to another shore far away from the home of the ancestors or the temples and sanctuaries of the in ancient Greek culture omnipresent, protection granting gods.

The first settlers from Central Greece arrived in Sicily and South Italy (fig. 4) which were already occupied by other groups of people. The impact of the new arriving settlers was ambiguous. Literary sources and archaeological research prove warfare on one side and on the other side coexistence. Traditionally the Greek settlers were considered to have been in a stronger position compared to the local population which is one of the reasons why the migration movement is usually referred to as colonization. The acceptance of numerous cultural elements from the Greek settlers by the local population seems to support the notion of the powerful and culturally more advanced Greeks. Recent research, however, shows a more complex picture. Although there is no dispute that a number of Greek cultural elements were adopted by the local population it turns out that, for instance, Greek items were used in a way determined by local customs and not by those from Central Greek. Moreover, the inclusion of these cultural elements happened in a well reflected way and was by no means an imitation of Greek habits. Furthermore, there are reliable indicators that local elements, though not as clearly visible as the Greek ones, played a crucial role for the establishment and development of the Greek migrant’s culture. Insofar the arrival of Greek settlers in the west Mediterranean developed a unique and hybrid culture which drew from the migrants and the local population. Even though the extent of cultural contribution from each side is still not figured out in detail yet, there is no doubt that the migrants had a deep impact on the area of immigration. Besides negative incidents, an overall view from today’s perspective suggests that the benefits for both sides preponderated. Migration can be a menace for the immigration area and an enrichment at the same time.

Undoubtedly the impact of migration in ancient times is hardly comparable with the modern circumstances. The political face of the Mediterranean changed significantly through millennia and it is now defined by national spheres of influence in which the migration of groups of people is usually considered to be a threat on the economic or social stability. What the few examples from ancient times mentioned above, however, show is that migration is a process deeply rooted in human history and moreover in human nature. If people live in miserable circumstances, some of them will take the decision to leave their home and no dangerous travel route, no elaborated border protection and no sea will stop them in trying to seek a better life for themselves and their family in those countries which are free of food crisis and political upheaval. In ancient time droughts, war and subsequent migration movements into other areas appeared in a similar way as a natural catastrophe. The residents of the immigration area usually did not know about the trigger for the migration movement or were in the position to take measures for or against it. Today the mechanisms are well understood and in case migration becomes an alleged or real threat to the countries of immigration there is no other way than improving the conditions which cause people to leave their home. The attempt to stop the ongoing process of migration is like trying to cure the symptoms but not the source of the problem. 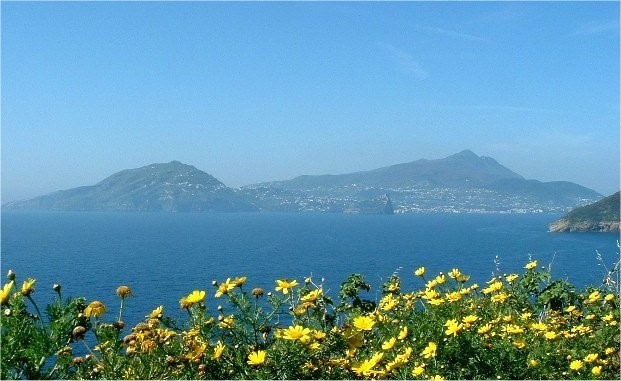 Fig. 4: Island of Ischia in the Gulf of Naples. The first location of a Greek colony in the West Mediterranean